How does a Super App work? 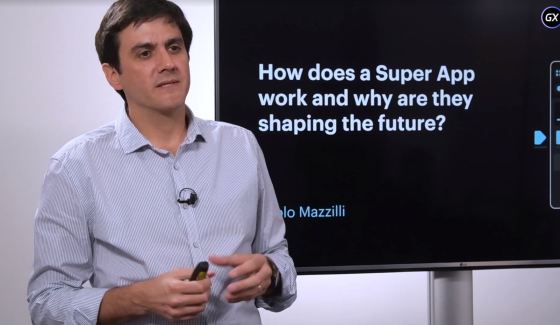 38 curiosities and more you should know about Super Apps, Mini Apps and Mini Programs

A Super App is an ecosystem of services that are not necessarily related to each other, but coexist within the same application.

The first Super Apps emerged in Asia, specifically in China, through applications such as WeChat and Alipay, and since then they are expanding to other markets.

Super Apps do not yet exist in the Americas, but it is only a matter of time before they appear with GeneXus.

For Pablo Mazzilli, GeneXus Technical Manager, creating a Super App does not mean making a large application: “it is something more complex, and GeneXus is already working so that any company can develop Super Apps and Mini Apps, and thus create new digital ecosystems”.

We talked to Pablo about Super Apps and about the paradigm shifts that will be generated between developers and end users of these applications.

Before we start, what are Super Apps and Mini Apps?

And how does this component work?

“That component uses a GeneXus technology that has been around since we generated native code for smart mobile devices. This component provides the ability to dynamically load applications and interpret them to have native behavior.”

How are Mini Apps displayed in the Super App?

“In the Super App, the information (Mini Apps) can be displayed as a list of icons, by user location, by relevance of the moment (by dates or special promotions). The access mechanisms are varied.”

What are the benefits of this type of technology?

“With Super Apps we all win. The end user does not have to download dozens of applications. With a single application —the Super App— he will have instant access to a myriad of services.

Authentication is done in a single place (in the Super App) and the credentials are inherited for the MiniApps used. Security is also key, as you only have to register your payment methods once, and that information is confidential.

Super App owners, in return, will have the opportunity to provide more and better services through partners.

Mini App developers, on the other hand, will have the possibility to place their solutions in established ecosystems. That is, instead of publishing the app in different stores and competing among hundreds or dozens of other apps offering similar services, they will now be able to place a Mini App version of the app in a particular ecosystem.”

What would the modeling of Super Apps in GeneXus look like?

“At the development level the GeneXus user does not have to learn anything. A Super App is developed in the same way as a native application. The only thing that is added is the component that connects to the provisioning server, which is a Mini Apps manager. That Super App will also have an API where the different services it will provide to the Mini Apps will be exposed. Once the application is compiled, you simply deploy the backend services and then publish it to the different stores, be it Apple Store, Huawei App Gallery and/or Google Play.”

And the modeling of the Mini Apps?

“The development is also the same as any other native application with GeneXus. The only thing you have to import is the Super App module that contains the services with which you could get to interact from the Mini App. Unlike a common app, a Mini App does not need to be compiled and published in a store, which speeds up the production cycle. Its definition and all the information (metadata) to be able to load it in a super app will be sent to a provisioning server.

How is the deployment of Mini Apps with GeneXus?

“GeneXus will provide the tools for this deployment to be automatic. Thus, when they are published on the provisioning server, the owners or administrators of the Super App will be notified so that they can carry out the review and approval process of the Mini App. Once the Mini App is approved, it will then be available for viewing from the Super App”.

And what advantages does GeneXus offer for the development of Super Apps and Mini Apps?

“As I mentioned earlier, developers working with GeneXus do not have to learn anything new to create Super Apps and Mini Apps.

Among the advantages are the increased speed in delivering value and evolution, since there is no need to go through a store and the common services and framework are already given by the Super App, as well as the reduction of production costs for the same reasons.

And not to leave anyone out, GeneXus can also transform into a Super App any native application that has not necessarily been developed with our platform. This is a unique technology in the market.

In fact, GeneXus is the first Low-Code platform in the world that allows to generate Super Apps and Mini Apps”.

One response to “How does a Super App work?”