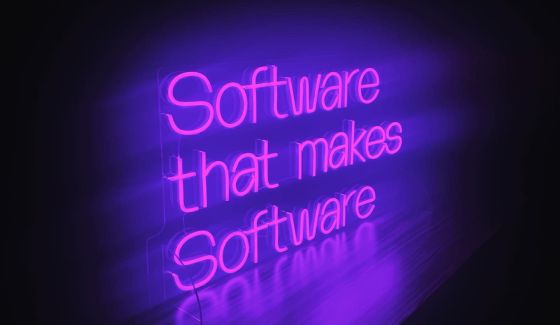 Reinvention is Globant’s mantra. Combined with software, it is driving the world into the future through digital and cognitive transformation. How do we see the future of application programming from GeneXus? In this article, I reflect on how to reinvent the software industry with GeneXus.

Software development reinvention is a topic I am passionate about, and I addressed it at the latest Tech N’ Fest by Globant in Colombia as part of the “Reinvention Now” panel. To be more specific, I talked about GeneXus, Globant’s Low-Code platform.

In the software industry, there is a real paradox: on one hand, software has taken over the world; since it is everywhere and everyone uses it, applications are perceived as simple. However, the simplicity offered to users is the visible face of its great complexity, which is the code behind it.

It is paradoxical because in the software industry we know that it has become increasingly difficult to achieve that simplicity. We have developed systems that have digitally transformed all industries, but we have not necessarily transformed ourselves.

A good example is what happened with hardware, which has greatly evolved from the 50’s until today. On the software side, however, we continue to do more or less the same, using code to obtain the final solution. Now we want to pursue software innovation. How? By writing less code and capturing business knowledge, and for that we have created a Low-Code platform called GeneXus.

What do we mean by “capture knowledge”?

While programmers are needed to write code—increasingly more due to digital acceleration—to capture the knowledge of a business we need not only programmers but also a wide range of actors that bring knowledge to the system: designers, psychologists, economists, sociologists, etc. They can tell AI what they expect from the system, what they want to accomplish, what problem they need to solve. Then we can create the software through automatic generation.

“Can we automatically generate the programs we need? Some of them or all of them? Which ones? What advantages would these programs have over manually programmed ones?” These questions are the origin of GeneXus, and the answers lead us to describing instead of programming.

What is a Low-Code platform?

Making software is a task that is turning more and more complex: we must create native applications and web applications, and integrate with WhatsApp, Instagram, TikTok, ERPs or with the Metaverse, just to name a few platforms. Most likely, everything will change again in two years.

Is this pace of software development sustainable in the near future, given the current speed of technological acceleration? Creating intelligent, future-proof solutions in record time has become a necessity for all industries. In this context, many companies are resorting to Low-Code platforms.

A recent study by the consulting firm Gartner estimates that in 2024, 65% of the world’s applications will be developed with Low-Code.

So, what is Low-Code?

Unlike traditional software development, Low-Code platforms do not focus on the code, but on the knowledge base and visual development (graphical user interface); they allow users to create, develop and maintain applications in various devices and digital media, in the most efficient way that exists: automatically.

A Low-Code Application Platform (LCAP) is generally used to create custom applications with different strategies to simplify and reduce programming.

It’s all about scaling the way you write code; that’s what Low-Code tools are for: to write less code.

In this way, the benefits of a good Low-Code platform can be measured in higher productivity by reducing work times. In addition, they are future-proof and make it possible to address the shortage of developers as required by the software industry to move forward.

I invite you to read the white paper How to develop more and better software and not die trying to delve into how Low-Code can solve industry problems such as solution complexity and talent shortage.

Characteristics of a Low-Code Platform:

Benefits and competitive advantages of GeneXus in the Low-Code Universe

We are committed to reinventing how we build software, and use Artificial Intelligence (AI) to generate code and scale. This is our proposition to reinvent the software industry.

GeneXus’ superpower is—and will be—to create value in record time, like never before in the software industry.