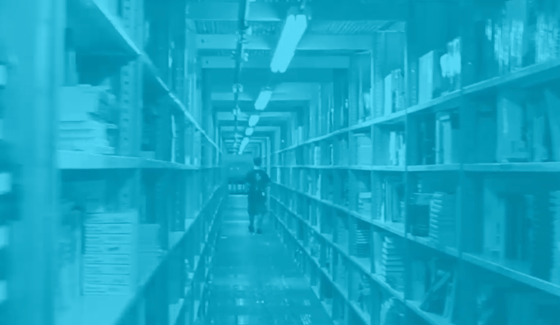 Five problems Low-Code tools have solved for one of the country’s largest college book sellers.

This is the story of digital transformation four decades in the making.

MBS Textbook Exchange is one of the largest sellers of college textbooks and course material in the U.S. The 40-year-old company has a long track record as an early adopter of technology, which began with the IBM System 38 – a multi-user “mini-computer” the size of a washing machine first sold in 1980. They transitioned to the IBM AS400 mainframe. It made its first internet sale in 1998.

Along the way, it trained its own internal development team to create business applications.

But being an early adopter has a secondary effect: becoming a frequent adapter.

A lot of people like to think of digital transformation as binary. A company that was not harnessing the power of digital suddenly leaps into the e-commerce space with a suite of flashy new toys. That concept ignores the far more common scenario. Venerable companies that began using computers when they were a rarity in the business world, looking for ways to evolve core business applications while staying current.

That’s the situation MBS found itself in. For years, MBS turned to the Low-Code platform Genexus to continuously adapt to a changing world. With that in mind, there are five ways that Low-Code solutions solved specific problems for MBS that shows the broad applicability of these tools.

In the early days of computing, many of the software programs used in business – the ones that would grow to become modern ERPs – had limited value in certain industries. The textbook industry was one of them.  Wholesalers, for example, often buy and sell materials to the same customer, something that confounded many accounting systems. Using GeneXus, MBS developed its own core business application internally. Developing its own applications had some significant additional benefits. For one thing, it could offer textbook management applications to college bookstores, building a significant amount of stickiness with their customers.

The textbook business isn’t just about selling textbooks anymore. Some books aren’t sold, they’re rented, and some content doesn’t come in book form. There are e-books for sale, but some courseware consists of content only accessible through special portals.  Using a low code platform allowed MBS to evolve with their core business applications at the speed of the market.

The high cost of physical textbooks has spurred a significant amount of counterfeiting. Detecting fake books is time-consuming, and the company has full-time employees dedicated to sniffing them out. When an industry consortium began looking for ways to fight back, MBS developers quickly wrote a mobile application that allowed bookstores to scan books for counterfeits when buying them back from students.

For many companies in MBS’s position, when a core system has been in place for decades, there are dozens and hundreds of other processes that depend on it. Some of them are human, some of them are automated, and some of these dependencies arise from third-party integrations. Major changes have downstream effects that are hard to predict. Using a low-code platform allows MBS to continually update its technology stack – including major overhauls that update to new frameworks – with less risk of disruption.

It’s hard to come across statistics on just how many companies rely on older, legacy technology stacks. But here’s one thing we know: COBOL, the first programming language, is still in use today, more than 60 years after it was invented. Every few years generates new headlines about its death, but somehow, COBOL lives on.

“Our applications are data-centric and involve transactions. GeneXus makes that data available for developers to use in an easy, fast, and consistent manner,” explains Dave Easton, Vice President of Information Systems at MBS.That ease of use also makes the learning curve much shorter. “For projects developed in other platforms, we estimate a production time of between 4 and 6 months, while developments made with GeneXus only take a couple of weeks,” says Mr. Easton.

Real digital transformation isn’t like flipping a light switch. At many companies, it’s an ongoing evolution, and sometimes that evolution will include legacy tech that is decades old. Low-code tools are well suited to keeping companies continually current, while also solving hundreds of business problems in real time.

IT security: a key aspect of mission critical systems