How to grow among giants 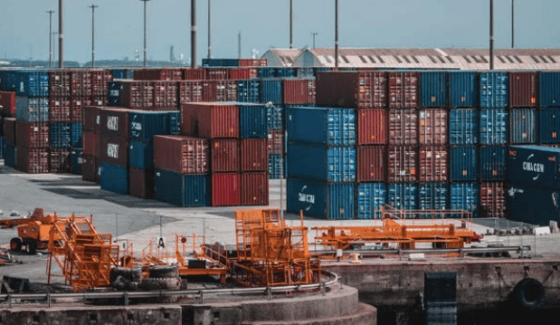 Going
from being a start-up to becoming a leading and well-established company, in a highly competitive sector and in a very short period of time, requires plunging into digital transformation. Here is the story of how World Express Cargo de México (WEC) made it to the top of the bonded warehousing market in only two years.

In the Customs facilities at Mexico City’s International Airport (MCIA) there are 18 bonded warehouses that provide services for the handling, storage, and custody of foreign trade goods. But one of these 18 warehouses is very special and has reached the top in just two years: World Express Cargo de México (WEC).

It is remarkable that when it first entered the field of bonded warehouses, this market was dominated by companies with more than 20 years of experience. However, it managed to succeed by changing the way things were done, and by leveraging the possibilities of a Low-Code software platform that allowed it to develop systems for automating processes in a fast and flexible manner.

Technology as a competitive advantage to innovate and excel

According to Raúl Hinojosa, Systems Manager (CIO) at WEC, the key factor that helped the company to take off in a very short period of time and achieve 70% growth was to think how software could help them systematize and automate many of the processes that were always done manually.

“We were very small compared to the leading bonded warehouse; for example, we had only 20% of the operations that this company managed,” remembers Hinojosa. At the same time, they noticed that these services –involved in the handling of foreign trade goods– were usually carried out in a very traditional manner, causing the processes to be slow. Realizing this became a great advantage because it gave them the push to bet on technology and automate processes that were done manually, so as to focus on process logic and systematize everything that could be made automatic, thus making daily processes more efficient and productive.

Their success came true also because they noticed early on that having two systems –one for the operational part and another for the administrative part– would complicate things in the future. So, they decided to do it in an integrated way and the first thing they developed was a Comprehensive Operational – Management System.

“We bought an ‘out-of-the-box’ software product; that is to say, an already designed and developed product, but soon we realized that this software was not going to meet all our needs. Then we decided to develop our own system. First, we started with .NET until we finally tried GeneXus. We kept it because as the project progressed, we were surprised that the usual process of manual development was not followed; that iterations were much shorter, and that changes were described and coded almost directly,” says Hinojosa, describing one of the benefits of Low-Code development, which allows creating robust systems that can be quickly corrected in a flexible way by using little code.

We invite you to download the full case to discover how World Express Cargo de México (WEC) made it to the top of the bonded warehousing market in only two years.

A Super App is an ecosystem that has a variety of services that are not necessarily related to each other, but coexist within the same…