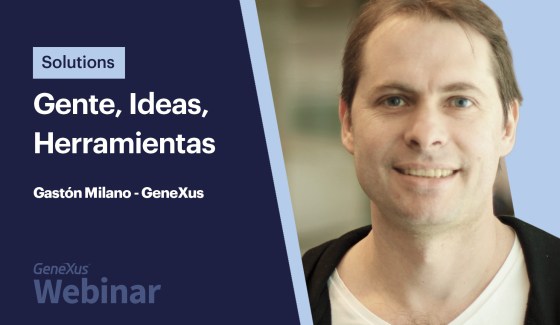 In this post, instead of only talking about technology or the digital strategy used to stop the spread of COVID-19, I will highlight the people and the background that enabled us to deliver a complex mission-critical application in 5 days.

Everyone in Uruguay knows that the first reported cases of the coronavirus appeared on March 13, but we were both politically and technologically prepared because we had been watching what was happening in other countries.

Also, most likely we all know what we were doing on March 13, before confinement and teleworking, as events of this magnitude and social impact are usually imprinted in our memories.

We at the GeneXus Team were preparing a presentation for Gartner.

7 days later, on March 20, one week after the first cases were detected, we introduced the CoronavirusUY application. Unbelievable! I’d like to point out that this fast reaction is very uncommon, and those who are involved in application development and experienced in the process of publishing apps in the stores will know what I mean. The objective of that first version was to prevent the collapse of health care facilities, which was a weakness we had noticed in China and some European countries.

In particular, the creation, development, deployment, and publication of the app in the stores in just a few days was achieved thanks to the existing support and groundwork, not only related to technology but also human capital. We were a group of companies that joined together and with the Government to work to take care of people.

What we did in terms of joining forces is similar, perhaps at another level, to what Apple and Google have done recently. Their unprecedented collaboration has enabled version 4 of the CoronavirusUY App to integrate the “Exposure Alerts” API, placing us as the first country in America to have this technology (and the 3rd worldwide!).

These three months have been worth years of experience. When human life is on the line, we naturally come together to protect those around us, to care for each other, regardless of the competition of brands, egos, or economic gain.

Behind CoronavirusUy there are People, Ideas, and Tools. But, in essence, against the background of technological support there are humanitarian values.

In this webinar (in spanish), I will tell in detail the whole story and the virtuous impact of Model-driven Engineering, as well as all the technologies used (not only GeneXus) and how they were integrated. In addition, I will share the stories and strengths of the people involved in this process, and encourage you to share with us (in comments to this post) how the pandemic has impacted your country and how you are experiencing it on a personal level.

You may also be interested in reading Behind the Screens.