Coronavirus UY App: Behind the Screens 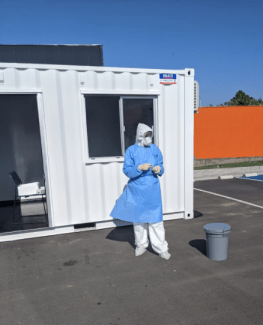 Now that the second stage of the Coronavirus_UY application is live, I’d like to tell you the story behind the app of Uruguay’s Coronavirus Plan, and maybe give you a glimpse of why this app is considered unique in the world.

A short introduction to the app: Coronavirus UY provides a secure method of self-assessment for COVID_19 without overloading phone lines and avoiding the movement of people, in order to improve care for those who suspect they have COVID-19. Also, it now offers new features such as drive-through testing and telemedicine for patients who tested positive. The system, which has already been downloaded by more than 250,000 users, optimizes communication between citizens and health services by assisting those who require a medical evaluation. A recent update incorporates the following features:

All right, let’s now go “behind the screens” 🙂

(The images in this article are for information purposes only. The objective is to illustrate ideas and no real data or final implementations are displayed.) 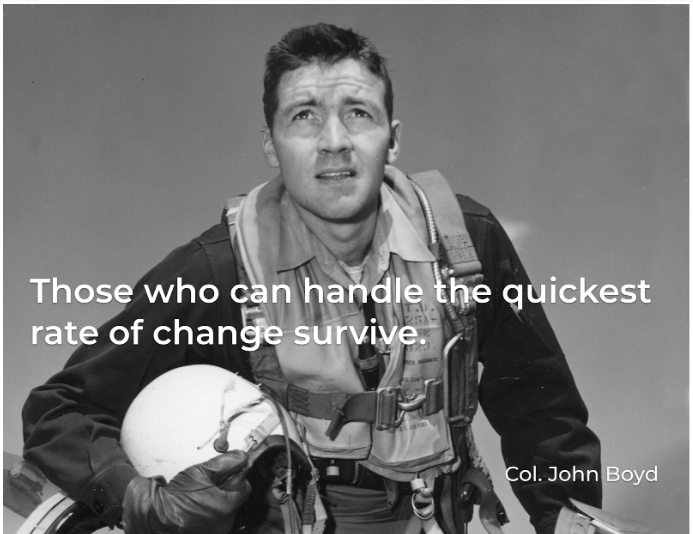 As we all have known for some time, the world is currently experiencing total uncertainty.

According to U.S. Air Force Colonel John Boyd, priorities should be people first, ideas second, and things third. In other words, in order to achieve success in the midst of uncertainty, first we need to worry about what people we have, then what ideas we have, and only thirdly what tools we will use to go to war.

So, let’s start by focusing first on those who interacted with the project, within different companies and from different backgrounds. Some of them got involved in the early stages, and others later on. Also, there are probably many more, but here is a list of those I know are working on this (please excuse any omissions):

Naming individuals would be a never-ending list of people who have contributed their work and ideas, and that’s why I simply point to Laura Aguiar as one of those great examples of civic responsibility for this cause. In addition to Laura there are many others, but it would be too long and perhaps unfair to mention just a few in this article.

Regarding ideas, there is not much innovation. It turned out to be a combination of ideas from China and South Korea, which have been used to start building the app and were later adapted to Uruguay’s reality in record time. Almost all companies had the same ideas about what the solution to the problem we faced would look like; the challenge was how to build it quickly.

We can say the app is adapted to Uruguay and its health stakeholders. This adaptation includes, among other things, interconnection with all health stakeholders, provision of telemedicine, and design with multi-channel and accessibility in mind.

The official strategy can be accessed in the following link.

As for requests, it was decided that the input queue would be centralized using a multi-channel strategy. Thus, the first stage of information registration was implemented in 7 days through the following channels (the visible part of the project): 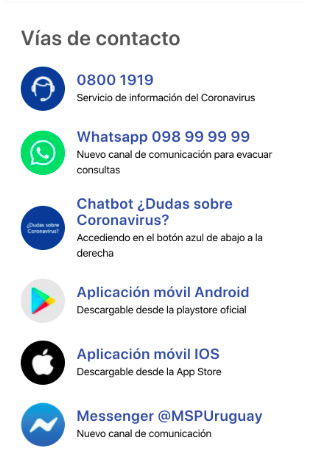 What data is coming in? Of what quality is it? Data quality groups were created to make an initial analysis of this information and thus enter the system. 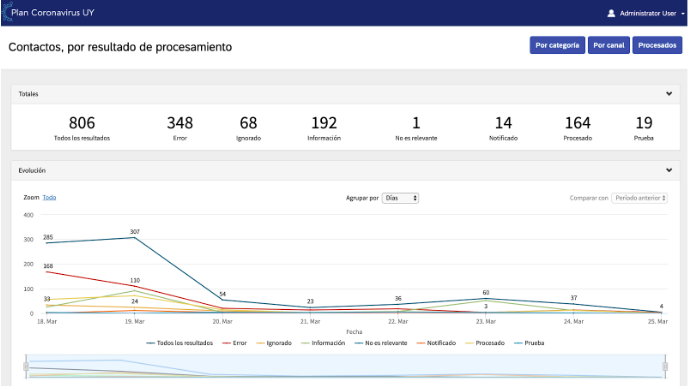 OK, but enter where? The invisible –or less visible to users– part of the Project:

–> A risk monitoring system for COVID-19 or, in the future, for other diseases.

The system, which was developed from scratch, now has more than 80 tables and more than 20 modules, including a risk module and a monitoring module, both of which were put into operation in the second week of work.

Another detail is that this system must have a web interface and decision-making dashboards. Obviously, it must be able to interoperate with all state systems: Ministry of Public Health, National Emergency System, Clinical Records, and more. 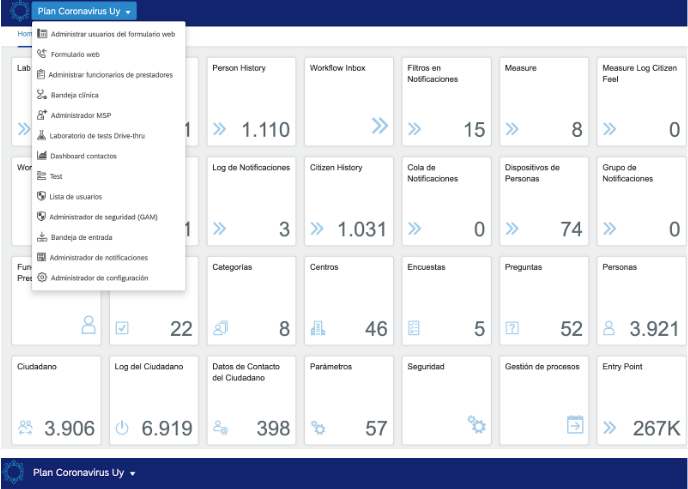 Now, suppose that a user was able to enter the system after the initial quality analysis.

What do we do with this information? This is changing all the time, so what is working in the background is a workflow engine that distributes cases to each health care provider’s inbox.

In this inbox, staff from health care providers start the contact workflow and eventually distribute tasks to clinical inboxes handled by physicians. 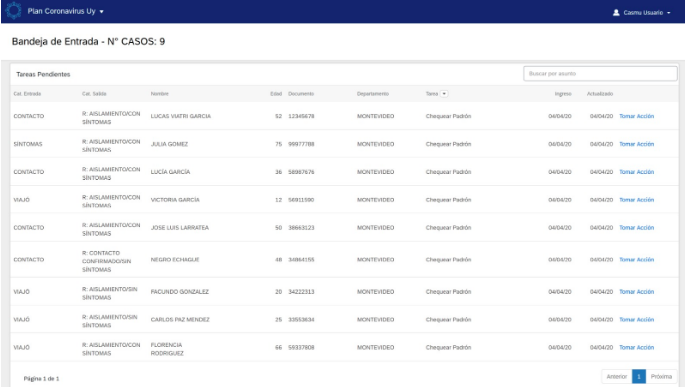 Doctors have their own inbox where users are classified by risk level according to criteria defined by epidemiologists. This inbox is used in a web browser and must be able to work on any Android device, such as those owned by ASSE –the public health provider– so that doctors can use it from any location. 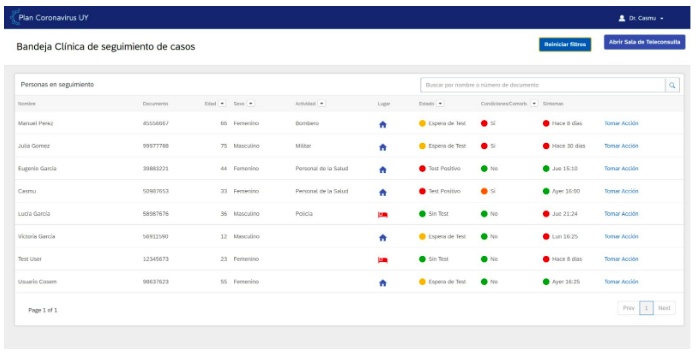 Telemedicine: How do doctors interact with patients?

Once again, it’s the same concept as for data input: multi-channel.The idea is that you can interact over the phone or video call (if the conversation was started directly through the app). For patients with hearing impairment, a sign language interpreter service in real-time (DiLS) is being considered as an additional communication option. 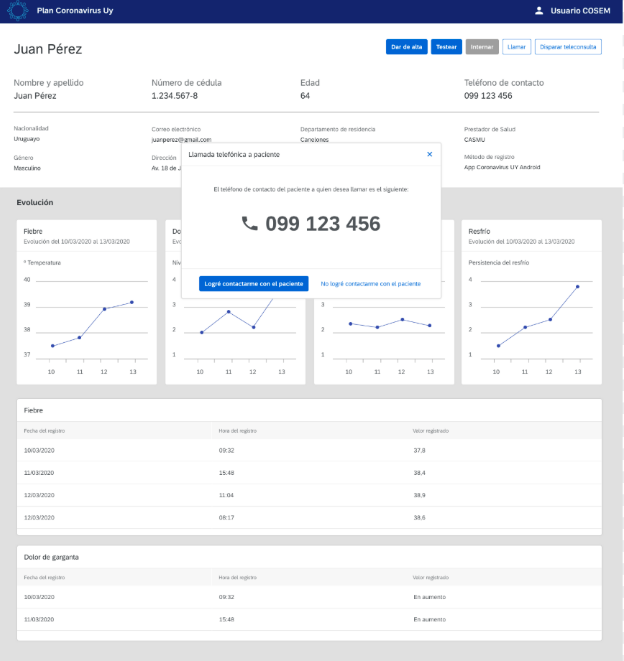 Accessibility has always been a priority from a technical point of view. This implies that every new development, such as the web application, is fully accessible. Work is under way to incorporate sign language to make further progress in this area.

What about interaction with the patient?

As in any other consultation, decisions are made by the doctor or health care professional. In other words, the app provides guidance and the health staff decides what to do. 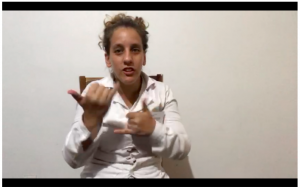 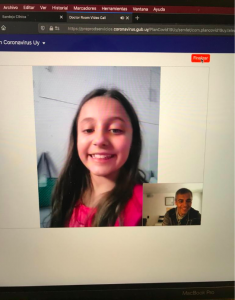 What happens if a test is ordered?

As in the previous cases, the system can manage a queue of tests to be started according to the availability of drive-through testing sites, which connects us to the physical world. This also had to be prototyped and specific modules for that process had to be created in the system. 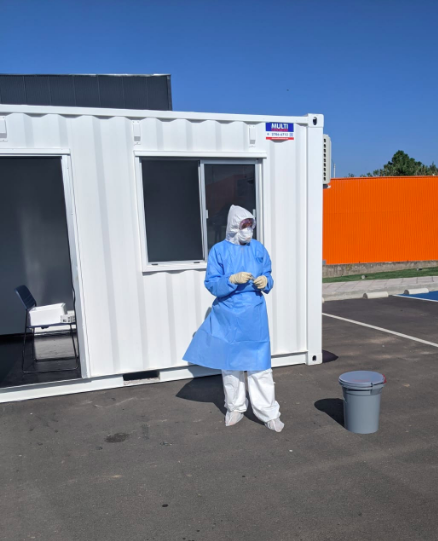 So far, we’ve followed a functional cycle. What about non-functional aspects? What can be said about the process? What infrastructure is used?

An impressive computer security team is committed to ensuring that the data and the system are secure. Although I may not be the right person to list everything that’s been done here, I must say it’s amazing: Infrastructure Security, Communications Security, Access Modeling, and System Permissions.

The team worked and iterated in the areas of Information Architecture, Interaction Design, and Visual Design. Various levels of prototype accuracy were achieved at high speed up to the functional prototype in GeneXus. 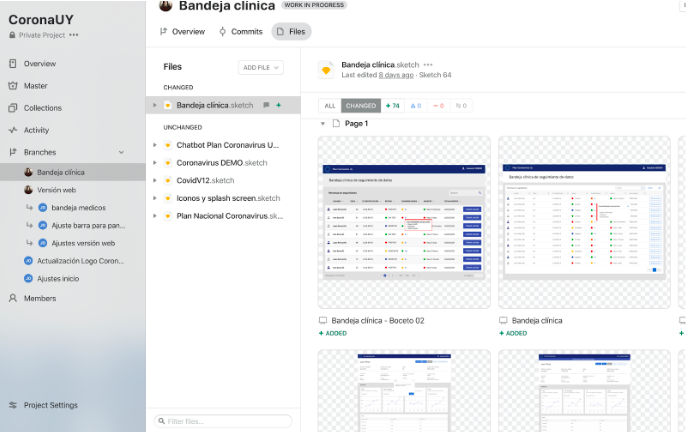 Performance Tests: the entire team at Abstracta has been fully committed to this task from the beginning. Everything put into production has been tested using BlazeMeter and other tools.

Functional tests were also made and several companies worked in this area: Qualified, Abstracta, Health care providers, Accesa, GeneXus, among other volunteer testers (including my dear wife, Nati!).

What about the development cycle?

For ANTEL environments in particular, automation tools were created: deployment to various WebApps, patches, process execution, reorganizations, queries, etc. Even if we’re still far from AWS, a first step has been taken. 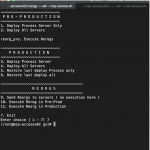 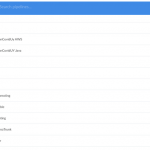 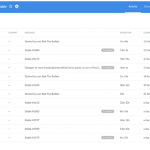 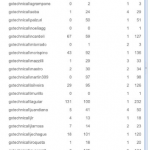 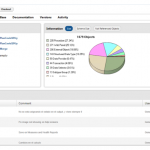 The development of the system’s core involved 42 people with more than 2,000 commits to date, in 3 weeks of development work.

Let me also mention those who have collaborated with this project, from giving words of encouragement or advice, to acts of kindness such as taking a monitor to your home or sending you something in an Uber. It has all added up and will continue to do so.

In addition, I want to thank all our families who have helped in the background by putting up with us working nonstop for more than 15 days.

This is the Coronavirus UY app.

Nicolás Jodal, who is introducing it in the media (on behalf of the private sector), has said that 150 people were involved in the project, which may seem a lot for an app. It seems like a lot, because at first we only see the app, but behind it there are complex requirements and systems interacting. To achieve this, many people had to work together ;)

If someone tells you that the app consists of 3 screens, it means that we have met the objective of hiding its complexity. If anyone has received a call, has been tested, or is being followed up thanks to the app, we will have achieved our real goal which is for technology to do its bit to help in this war.

To me, deep down, when someone talks about the app, they’re talking about: People, Ideas, and Things… In that order!

Here are some backstage moments of this creation, where obviously everyone worked from home. One app, a thousand stories, a thousand laughs, a thousand discussions, and a single goal. Today, in Uruguay’s technical community we have more mutual respect for and confidence in each other than ever before. 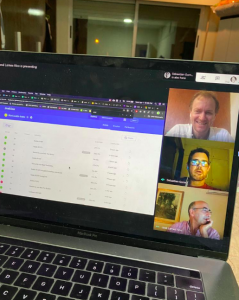 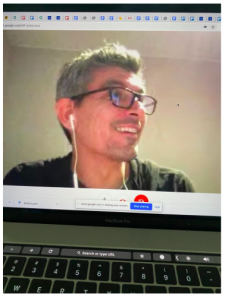 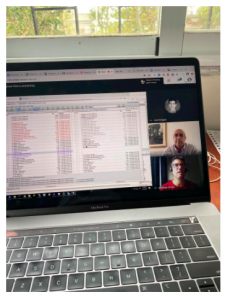 20 responses to “Coronavirus UY App: Behind the Screens”