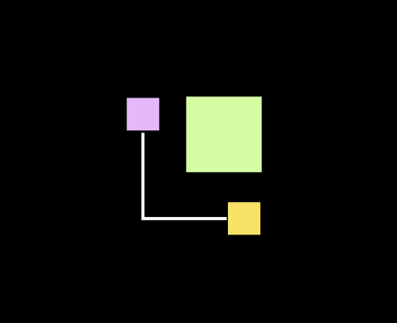 The pillar that I will address now is the strengths that GeneXus 17 presents in terms of integration and evolution
.

Taking care of evolution implies facilitating the evolution of the GeneXus Community systems and being aware of the context of global technological evolution and the integration of systems and technologies, addressing the world of APIs (Application Programming Interface).

With the Object API,
we
have responded to this challenge,
so APIs can be modeled within GeneXus. By modeling the API of each of the KB modules with the API object, it will be clear in a knowledge base which API it offers to the rest of the world. GeneXus developers will be able to model the interface that these API offers to the rest of the world and also model which implementation that API corresponds to.

The API object allows the API to be modeled
independently of the access protocol it offers. For example, the protocol that is most used today is REST. In GeneXus you can declare the protocols an API offers and what level of security clients will be required to access this API.

To delve into the API object and how to take advantage of it in business models, I recommend this video:
Innovating in the API Economy with GeneXus

Evolution together with AWS, Microsoft and Java

Continuing with the topic of technological evolution, I highlight the advances in generators in 2021.

We follow Microsoft’s strategy around the release of .NET versions: We have already updated the .NET Core generator that today generates .NET 5, and that will still generate for .NET 6 in November, according to Microsoft’s strategy that already released .NET 6 on November 9, 2021, at its event
#dotnetconf
.

On the other hand, in the Java world, there were also advances, even disruptive ones. Oracle separated the JavaX namespace from Jakarta, created a new Jakarta namespace for servlet-based web applications. So from GeneXus, you can now choose which namespace to generate for or whether to generate for both.

For example, Tomcat 10 already requires you to use the Jakarta namespace. GeneXus 17 is ready to be deployed in each one or in any of these engines. Now, not only do you have to generate that code, you also have to deploy it. And in terms of solutions deployment,
we have focused on having a wide variety of technologies available to deploy: in private clouds, in public clouds and even in a hybrid scheme where part of the solution is
on Premises
but another part is on the cloud.

Another aspect in which we have worked is in facilities for scalability
. For example, we now allow GeneXus applications to be deployed in
Azure Functions
on the Azure platform. So we can also deploy in environments
Serverless
Azure, just as we could already on Amazon.

This gives the GeneXus Community greater technological independence, greater independence from the platforms (it reduces the so-called ‘Vendor lock-in’), and a constant evolution that allows it to always generate with the latest market technologies.

It is the Future Proof quality of the GeneXus Enterprise Low-Code platform that companies and governments most appreciate, as can be seen in these videos:

State of the Art: Microsoft Azure, .NET and GeneXus

State of the Art: Amazon Web Services and GeneXus

Activate subtitles in your language.

You may also be interested in seeing these sites and articles:

How to Automate Unit, Web UI, and Mobile UI Tests

Steps to automate unit, web UI and mobile UI tests with GXtest, the product jointly developed by Abstracta and GeneXus

How to create a task management interface in GeneXus BPM Suite?