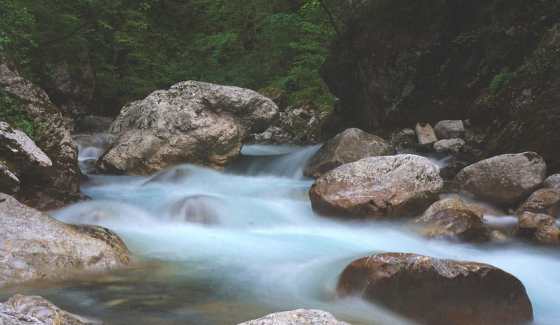 Since the introduction of Responsive Web Design features in GeneXus X Evolution 3 we’ve been able to create responsive web applications with GeneXus.

Flex controls allow us to create flexible layouts that “lay out, align and distribute space among items in a container, even when their size is unknown and/or dynamic (thus the word “flex”)”.

Flex is a container for a static number of items, known at design time, whereas Flex Grid is a type of FreeStyle grid, where we can load as many items as we want, dynamically.

Both flex controls lay out child controls according to what we set in these five properties: Flex Direction, Flex Wrap, Justify Content, Align Items and Align Content.

Specifies the direction of the items, which can be placed horizontally (Rows and Rows Reverse) or vertically (Column and Column Reverse). 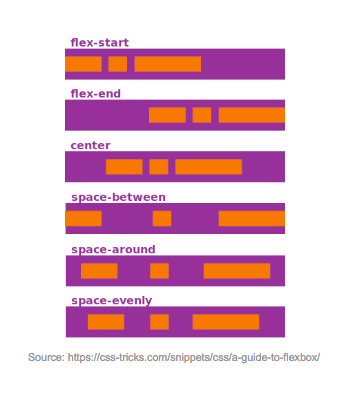 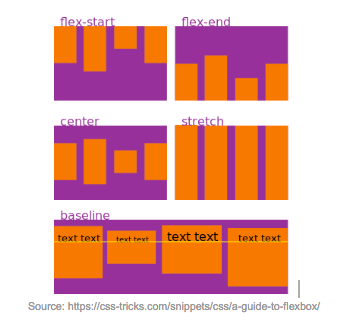 Aligns the row when there is extra space in the container. 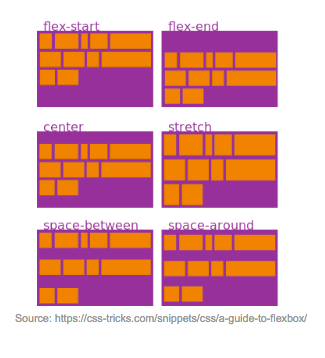 To showcase this new feature we created a photo gallery using Flex and Flex Grid controls.

The gallery shows a set of photos and a toolbar for each photo, with some actions.

Some photos were taken in landscape format and others in portrait format; other photos are panoramic photos, so their dimensions are unknown at design time. 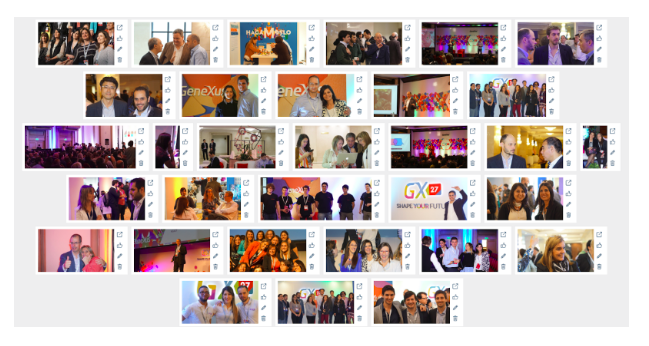 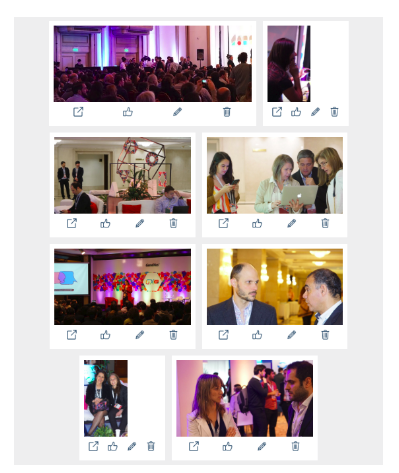 So, let’s see how this can be easily done using Flex and Flex Grid controls. Let’s start with a top-down approach, thinking about the way the photos will be laid out; then we will continue with how each item will be laid out.

We want the photos to flow horizontally and to automatically wrap them to a new row to avoid horizontal scrolling. To achieve this we will use a Flex Grid, where Flex Direction is “Row” and Flex Wrap is “Wrap”. These properties can be set both in the control and in the control’s Theme class. 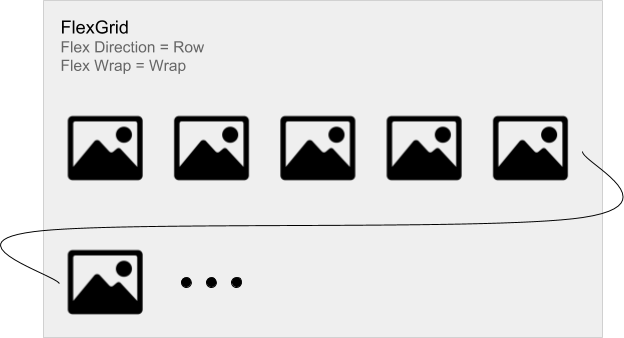 Then we must figure out how to lay out each grid item. We will use a Flex control, where its first child control will be the photo, and the second will be the toolbar.

In this case, on Extra Small screens (<768px) we want the toolbar to be under the photo, and on other screen sizes we want the toolbar to be next to the photo. As we need different behaviors on different screen sizes, we will have to set the properties through the Theme class of the Flex control. The general value for Flex Direction will be Row, but for the ExtraSmall rule it will be Column.

We also want both items to have the same height, when laid out horizontally, or the same width when laid out vertically, so we will tell the Flex control to stretch the items using Align Items=Stretch. 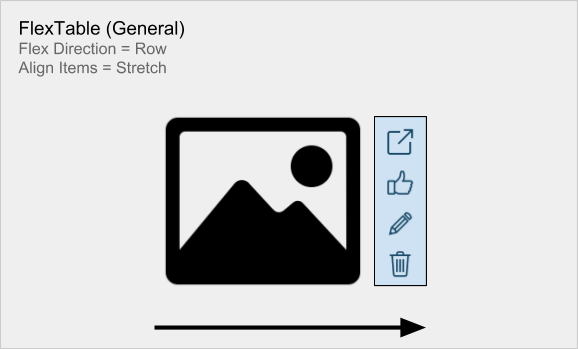 For the toolbar we will also use a Flex control, and we will set its Theme class Flex Direction property to Row for the ExtraSmall rule, and Column for the general rule. 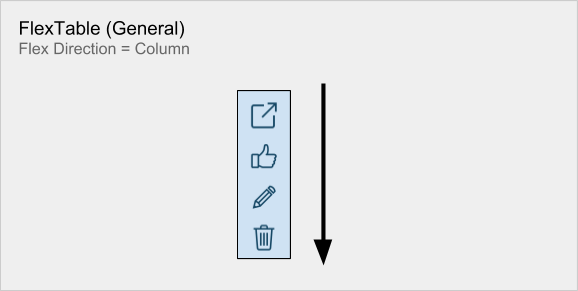 And that’s almost all of it. One last important detail is to set a maximum height for the photos. If not set, all the photos will be shown at their full size, and it won’t look pretty, at all.

I left out some minor implementation details about the sample on purpose, to keep the focus on the flex controls, but you can take a look at the sample here.

You can also play with the live demo or continue reading about these cool new controls in the community wiki here.

And if you want to know about the underlying technology enabling this feature, this article is a must-read: A Complete Guide to Flexbox