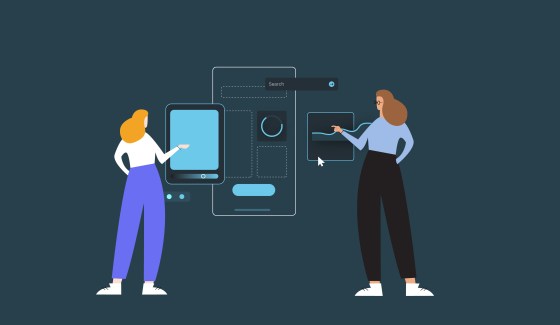 Throughout
history, survival has been determined by the ability to adapt to new situations. This is very clear to Google, as we will see below.

One of the most striking elements of Google’s headquarters in California, United States, is a Tyrannosaurus Rex skeleton cast. What’s the purpose of this statue? To remind employees that if you don’t adapt to change, you can go extinct regardless of your size. 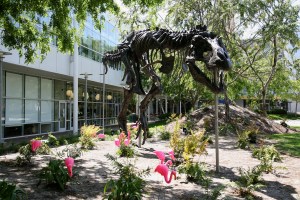 In the software world, successful adaptation to change is closely related to flexibility and the ability to integrate with other technologies in an agile and cost-effective manner.

This combination of attributes can only be achieved with Low-Code.

A Forrester study revealed that developing applications with Low-Code is 10 times faster than with traditional platforms.

In turn, Gartner also forecasts savings in time, money, and human resources: one of its most recent reports estimates that by 2024, 65% of applications will be built with Low-Code.

What is Low-Code and why is it positioned as a lifeline for companies that need to create software solutions in record time?

The term Low-Code refers to the ability to develop applications with low level coding.

Low-Code platforms allow you to create and maintain web and mobile solutions automatically. Compared to traditional software development, processes are much faster because the heavy lifting is done by Artificial Intelligence.

What other benefits do Low-Code platforms offer?

Software development flexibility, agility, speed, and low cost were key aspects that made a difference for GeneXus customers during the pandemic, and will continue to do so in the post-pandemic world.

Here are some examples of real systems developed quickly and efficiently with the GeneXus Low-Code platform.

Even though the organization had several departments of finance, logistics, and production, they hadn’t been able to integrate them into a smooth production process.

Therefore, to make the entire business more agile and efficient, they developed an ERP with GeneXus, thus increasing production by 30 percent and reducing administrative costs by 60 percent.

Another example of flexibility is TrackerHub, a UK-based company that connects customers seeking financial or insurance services with specialized providers.

At first, they worked with emails and spreadsheets. Later on, they implemented a “no-code” solution that wasn’t successful.

During the pandemic, and in just 5 months, they implemented all their processes with GeneXus. Now they have a SaaS solution that delivers customer orders, with over 14,000 closed deals and about 1,200 permanent users.

The Blumenau Prefecture, located in the state of Santa Catarina in southern Brazil, was tasked with developing a solution to follow up Covid-19 patients. In only 1 week, they developed an application so that these patients could receive alerts, report their health status, and obtain care through telemedicine.

Digital transformation is not new to this town. In 2008, they set out to completely eliminate the use of paper in all departments. To achieve this, they built a system based on existing processes. This solution was made possible by GXflow, a workflow tool integrated into GeneXus for modeling, automating, managing, and optimizing the business processes of a company to create mission-critical applications in a simple and effective manner.

They also have ALERTABLU, which is Blumenau’s extreme events monitoring and warning system, created to inform its citizens about floods, landslides and any other risk situation in the area.

The Department of Education and Culture of Sonora was also tasked with creating an application to manage a Covid-19 vaccination plan for the more than 70,000 people in the system.

The application, which was created by 2 people in 1 week, was instrumental in vaccinating this population in only 4 days.

Taisei Information System is the company that provides software development and infrastructure support to Taisei Group, one of Japan’s five largest construction companies.

The challenge was to reduce costs through multiplatform development in order to avoid hiring specialists for each of the technologies they were implementing.

How did they do it? They provided GeneXus training to their internal development team, and now they control everything from solution design to delivery.

One recent solution is an application for accessing the Taisei Advanced Center of Technology, which allows booking a time slot, authenticating in a totem, and notifying the meeting participants. Compared to other alternatives they could have implemented, GeneXus enabled them to achieve this with 30 percent less effort.

The Traditional Bank of Kentucky is a regional bank in the United States known for its highly customized services. Originally, they used a Content Management System and forms, but as the operations became more complex this was no longer enough.

They researched the market for options, but couldn’t find one solution that fit their needs. Then the light at the end of the tunnel came from SIS, which used GeneXus to develop all the forms and applications needed for the business. In just a few months, the SIS team achieved a complete digital transformation at a much lower cost compared to other methods.

Evolving with GeneXus is a safe move!

GeneXus is a platform created to anticipate the unexpected. This vision of creating and maintaining future-proof solutions is the driving force that has kept GeneXus at the forefront of Low-Code platforms.

“The future lies in being able to generate an application that can be updated frequently and automatically with no need for users to have any programming knowledge. GeneXus has always been and will always be future-proof,” affirms Breogán Gonda, Co-founder and Chairman of GeneXus.

The latest version—GeneXus 17—was released on October 20, 2020. It has evolved with updates every two months, including new platforms such as Huawei, the Angular generator, new security features, powerful design features, and much more.

The GeneXus Community is present in more than 50 countries, and has recently expanded to new markets such as Curaçao, Jamaica, Cape Verde, Malaysia, Singapore, the Netherlands, Suriname, the Cayman Islands, the Philippines, Ireland, Greece, Slovenia, and Trinidad and Tobago.

Learn more about the GeneXus products and benefits.