Computers
and technology has transformed lives and the way we do things across the globe. As it continues to evolve it affects those of us who develop solutions. Writing software today is actually harder than it was 10 or 15 years ago.

Today it is not enough to just be a java coder or a c-sharp coder.  One must know or have a resource who knows things like Javascript and HTML5 as well as understanding how to setup or interact with things like REST services and oAuth2.  The new normal for a platform is not just for web applications but also to have the functionality in their hand with smart-devices and tablets.  Therefore, you must know or have a resource that understands Android and/or iOs.

Over the years I have undergone several big waves in technology or a digital transformation.  I worked in a corporate environment where we were COBOL programmers on an IBM AS/400.  Things were much simpler then.  We only needed to create screens that worked with our database and our database alone.  Next the Internet became a viable platform and the wave of having an online presence was born.  Suddenly we were thrown into new areas of having to know how to generate HTML, CGI, Javascript, and eventually ASP or JSP.  We also saw the need to modernize many of our systems and move to Client/Server where the GUI interface became necessary.  As a textile company, we sought savings in the review and approval process of product and fabric patterns. We were able to create images to email for review and approval rather than using traditional mail services.  This greatly sped up the approval process to move new products from the sample phase into manufacturing to satisfy orders.

Recently we saw the rise of the smart phones and tablets.  Without a doubt Android and the iOS have completely dominated this market.  Once again, additional skill sets had to be invented to support the platforms for custom software solutions.  Many companies were slow and couldn’t figure out how to quickly move into this area though the desire was there.  This was such a largely accepted wave that the demand for mobile apps was overwhelming.

Now there is another wave on the horizon.  Actually, two big waves and they are already here.  Blockchain and Artificial Intelligence (AI).  Though AI has been around for decades with tools such as Prolog, the access to large volumes of data is higher now than ever.  With things like API’s to REST services, systems can work with more data than just the internal information.  Software for service centers like that of the tire dealer system by MaddenCo, service centers can have a new customer come in, ask for the customer’s phone number and instantly have their address appear.  This is something in the 90’s we would have dreamed about.

As a software development shop, how can we keep up with the pace of these transformations and evolutions?  How will you be able to incorporate the digital transformation of cognitive services into your application easily?  How much are you going to spend to get ramped up in efficiency to code for these new areas?  Will you be able to learn a new skill set in time?  Do you have the budget to hire additional resources to begin incorporating this new wave?  My recommendation is to look at a product called GeneXus.  I’ve had the great fortune of being an early adopter of this product starting in 1991.  Since then it has never let me down and I’ve never sought to use anything else.  I never would have dreamed the GeneXus staff would have such insight with the direction technology is going moreover, have a development tool ready to support the next new normal in technology.  If your system is already written using GeneXus, you are already somewhat future proofed.  Ken Orr of the Ken Orr Institute did a white paper titled Future Proofing Your Organization.

This paper uses GeneXus as the one tool that can future proof your code.  This is an impressive paper of which I have kept a copy.  I am providing a link where you can read at Future Proofing Your Organization.

I have systems that are using code from the 90s that once ran the iSeries (then AS/400) and now run on the web and mobile devices.  A couple of example screenshots below: 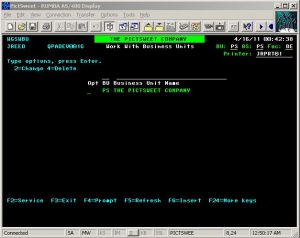 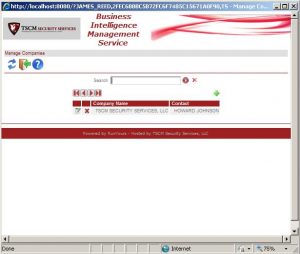 The great thing about GeneXus is if you are a C-Sharp shop, Java shop, COBOL, RPG or more, you don’t have to compromise going to another framework.  GeneXus assists with creating code for all of these options.

You may also ask how powerful of applications you can create?  Almost anything you want.  And even if GeneXus does not have something already baked into their declarative language, you can proceed the code with words like JAVA or CSHARP and more depending on the platform you are targeting and incorporate actual code for the language you are generating.  I have written file managers based on the old MS-DOS program called Norton Commander for the Web.  It allowed me to do file level functions such as copy, move, delete and more and this was done before the dawn of things like dropbox.  See screenshots below: 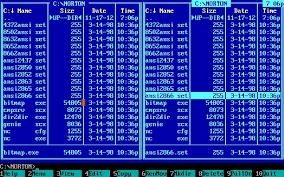 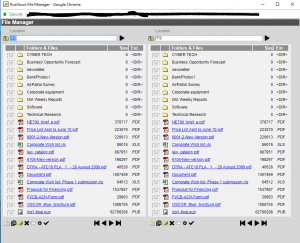 Having sat through a recent GeneXus Symposium, I witnessed the upcoming features made available this fall.  Blockchain, chatbots, and more are going to be ready to use and they have made it so easy!  Fortunately, I will not have to learn a new tool to incorporate these new abilities. What I will have to learn will be minimal compared to the traditional way of development.  Sounds too good to be true, I know.  So much of the rest of the world is already on GeneXus, making it the standard platform.  I only hope that developers here in the United States take this product seriously before the rest of the world passes us by.