GeneXus in China and Mini Programs | Applications Integrated with Low-Code 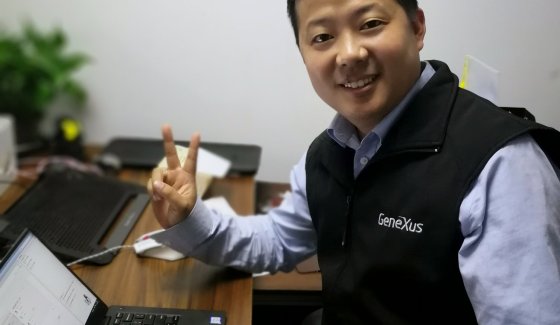 This is a significant challenge for GeneXus as we want China to rank among our top five markets. After doing business in the country for more than a decade, about six years ago we established our presence in Shanghai with
GoodTek
– more specifically, in the Minhang district in east-central China. In addition, we have achieved success stories with clients such as Hunan CRRC Times Electric Vehicle and Geely (for example, “
Sof
tware and electric vehicles in China
”).

China has its own system for perceiving the world. This means that being successful in the United States, Japan, or Europe does not guarantee the same success in China. As for guidelines, they have to be China-specific.

Alipay
and
WeChat Pay
, the most popular mobile payment platforms in China, are slowly expanding to the rest of the world.

Cash is not used in China, where Alipay has 520 million users and is second only to WeChat Pay. Mobile phones are used to pay for everything, including splitting restaurant bills among several people.

Every new venture is designed to take advantage of the sharing economy.
Ofo
, a world-leading bike-sharing platform, is one of the best examples of this scheme. Users can unlock their bikes using their mobile phones and enjoy ride-sharing services.

The minimalist maxim “Less is more” does not apply to software design in China, the land of “More is more.”

Chinese interface design is highly detailed, typically involving the use of designer bots such as LuBan that can generate about 8,000 unique designs per second
.

Two years ago, at the GX29 Meeting, Alejandro Urrutia gave a presentation titled “
Chinese Tales for Designers
” where he described the dynamics of working in design teams and the use of mini programs in China.

So far, together with GoodTek we have developed nearly 100 projects using our technology.

Mobile applications are the solutions most frequently created with GeneXus in China. Some projects even involve the development of a startup’s flagship product. One such example is
Feekong
, whose product Happy Plus targets small and medium-sized companies in SaaS mode to keep track of their business finances. There are also more corporate projects, including those of Roche Laboratories, Geely, or CRRC Times Electric Vehicle Co.

Due to the restrictions imposed on some websites and applications, technology must be tailored to China’s local social networks and services. For example, GeneXus applications have been adjusted to integrate into Baidu Maps, which is similar to Google Maps. Other adaptations have been made for local push notification services such as JPush. In addition, there is integration with Alipay and WeChat Pay, which dominate the Chinese market of online businesses and applications.

GeneXus is now working on the implementation of a WeChat mini program generator.

To learn more about current business opportunities with mini programs, or the differences between Super Apps, Mini Apps, and Mini programs, sign up for the
GeneXus Live event on October 21!

Don’t miss this excellent opportunity to take a closer look at these innovative technologies from China.