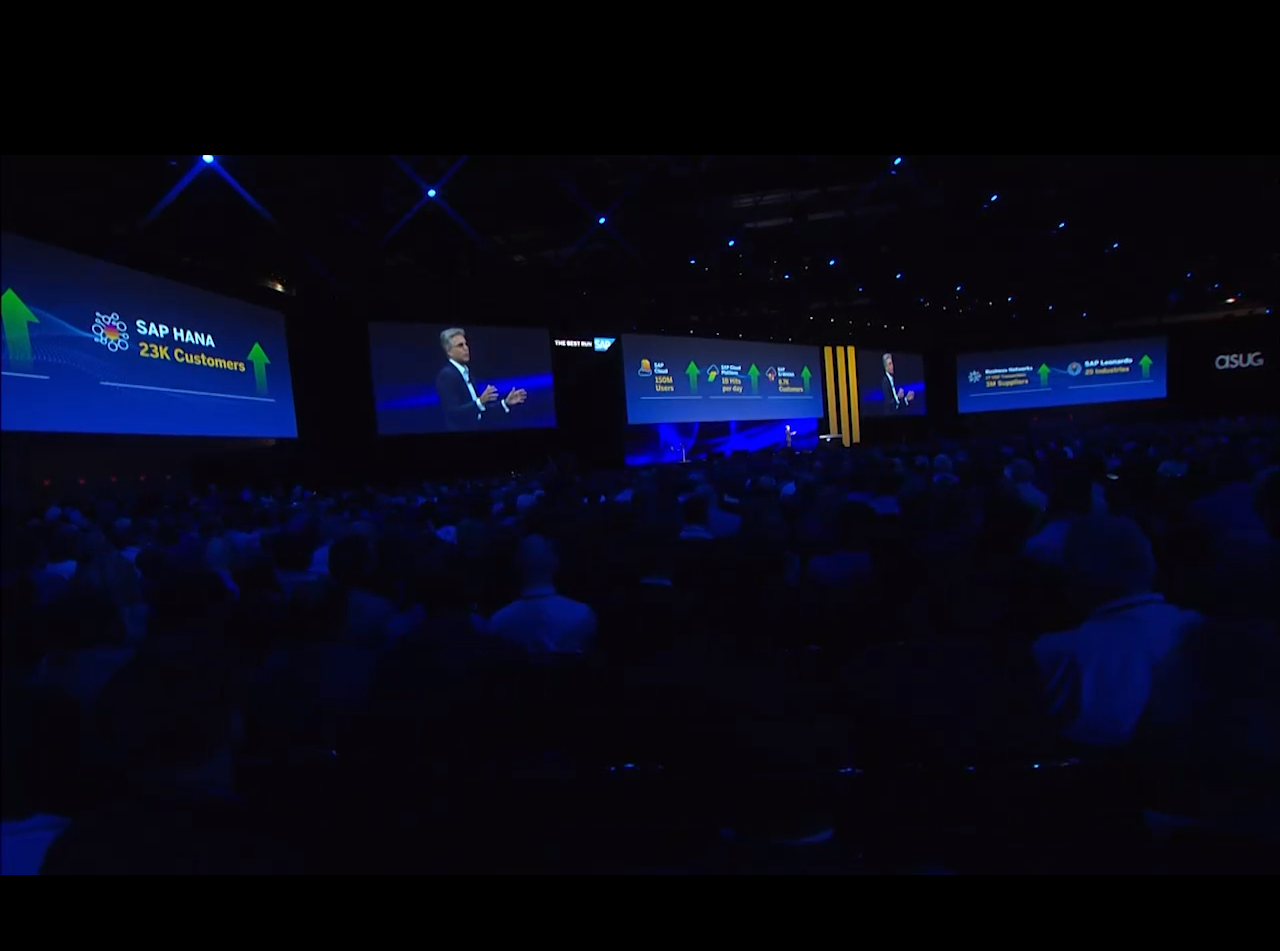 For the third year in a row I had the opportunity to attend the most important event of the SAP customer community, SAPPHIRE NOW, which is held every year in the United States. Also, it was the second year in which GeneXus was present as a sponsor.

Part of the GeneXus team traveled from Uruguay to Orlando to meet with GeneXus USA team members during the three-day event held on June 5-7.

Being a sponsor at SAPPHIRE 2018 allowed us to welcome many people to our booth who were intrigued when they saw the phrase below our logo: “Software that makes software.” Then, their faces turned to surprise when we showed them the capabilities provided by GeneXus to create applications that integrate with SAP systems.

Here is an article about GeneXus’ participation at SAPPHIRE NOW.

What’s new in the SAP ecosystem

SAPPHIRE NOW is an event where networking rules and SAP makes its main announcements.

This year the focus was placed on the introduction of their new product C/4 HANA, which is their CRM, and on SAP Hana Data Management Suite.

In addition to the presentation of these products, the concept of Intelligent Enterprise was highlighted as the next step for a company after its Digital Transformation. Basically what lies behind this concept is the integration of technology –Artificial Intelligence, IoT, and Blockchain– into business processes in order to improve them.

Here you can see the live presentation in which SAP CEO Bill McDermott describes SAP’s global strategy for creating smart companies that can drive digital economies, build partnerships, and sustain our environment.

At GeneXus, we want to be part of this sustainable process for digitally intelligent companies. That’s why we provide tools to leverage the development of web and mobile applications on the platform offered by SAP, and in particular the integration with SAP Leonardo’s Machine Learning services (GeneXus for SAP Systems).

Among other positive aspects of our participation at SAPPHIRE, I’d like to highlight that we attended several talks of the SAP Leonardo Machine Learning Foundation team where we were featured as partners working on matters related to the use of Machine Learning in applications generated with GeneXus to solve real business issues.

We were also pleasantly surprised to welcome Alberto Oppenheimer and the SAP Machine Learning team to our booth to tell them about the news from GeneXus. In addition, we took part in networking activities organized at CityWalk Orlando where we met with friends from Pyxis.

It was undoubtedly an event that allowed us to meet with friends, make many new contacts, and confirm that we are offering SAP customers the tools they need to develop the best possible applications for the digital economy, either to extend or to integrate with SAP systems.

One thought on “GeneXus at SAPPHIRE NOW 2018”