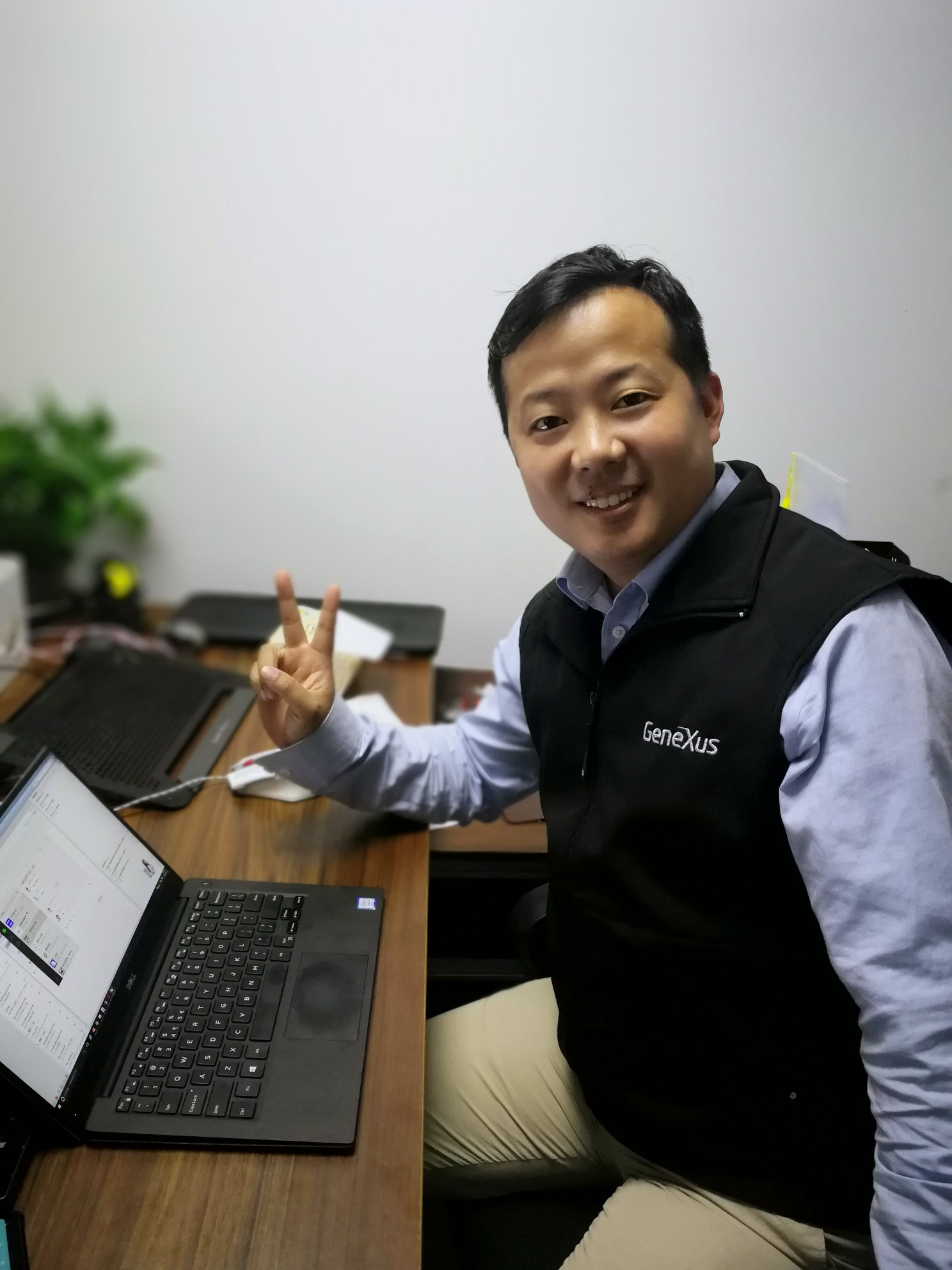 This is the fourth time I have visited our friends at GeneXus China, and each visit is like eating a Halls.

First, because Shanghai itself can lead you to be in constant motion. The last time I came here a couple of years ago there was no subway station near the office, and now… There’s one a block away! (When I talk about the office I am referring to our official representative in the People’s Republic of China: Sungiant). Second, because of the enthusiasm of the people, the drive and the desire to conquer the world they have had since Deng Xiaoping opened up China’s economy to foreign trade in 1978. It’s as if they were hibernating and since then they have been snacking on Nitroglycerin every morning. At Sungiant we have a plus: the older person -of the 17 who work here- is 33 years old, with an average age of around 23 years. This makes it the youngest distributor in the GeneXus world.

Interesting details of Chinese culture Some time ago I was reading an article by an American designer who had gone to work for one of the e-commerce companies of the Alibaba group in China. He mentioned that for a few months he didn’t do well because his designs / prototypes made no sense to the platform users; that is to say, his UX / UI creations didn’t work for the Chinese users. One day, while driving down the road, he realized that the whole landscape was always “dense.” Signposts everywhere, signs, buildings, shops, people, and more of the same. His designs and minimalist ideas didn’t fit in. There were no green and clean landscapes where you could see the distant horizon over a green meadow. So clearly an e-commerce with interfaces that didn’t adapt to that reality wouldn’t fit in. You can browse tmall.com, taobao.com, or jd.com, all Chinese e-commerce websites (the first two from the Alibaba group), to find out what I am talking about. They have their own system for perceiving the world, so being successful in the USA, Japan or Europe does not guarantee that you will be successful in China. There are no guidelines; there are guidelines for China. For example, they don’t like cheese; there’s the Big Mac, but not the quarter pound of cheese. Their way of being is relaxed, self-managed, without many formalities, processes, or hierarchies. They are always in motion. “If it doesn’t work, we’ll make it work. We give it a try. We make mistakes. We take risks.” That’s part of their nature. There are no long-term plans with a series of steps to achieve them. “We want this” is their guiding motto. How can we go about solving it? Today, we think that by doing this. Maybe tomorrow we’ll change our minds, or perhaps tonight. Change is always welcome, as long as it is in line with what we want. Below are some more general remarks (this is turning out longer than expected): Alipay and WeChat Pay are the most popular mobile payment platforms in China and are slowly expanding overseas. You can now buy in the USA with Alipay. No one, not even the parents or grandparents of those who work here use cash (I’m the only one who uses bills). Alipay has 520,000,000 million users, and it ranks second behind WeChat Pay. Mobile phones are used to pay for everything. They are used by everyone, from those who pay the bill at the restaurant to those who pay them their share. It’s as easy as choosing the WeChat contacts that paid the bill and telling them we want to send them the 100 Yuan we owe them for lunch. Every new venture is designed to take advantage of the benefits of the sharing economy. Ofo is the best example the Chinese have given us (I leave you a video made by me). Of course, another great example is Didi, which overtook Uber and purchased its operation in China two years ago. On the other hand, the business model of a new venture in China today, which all young entrepreneurs pursue, is based on a saying that everyone mentions and goes something like: “we do business with dogs and get money from pigs.” The case we know best is Google, giving us everything for free and then getting the money from the advertising they sell. But in China, the case of Xiaomi, whose profits don’t come from selling cell phones, is very well-known.

After 3 years working with Sungiant, nearly 100 projects have been developed using our technology. These projects have been developed by Sungiant itself together with its customers and partners. The most common solutions in which GeneXus is used in China involve mobile applications. But we also have projects which are the main product of some startups, such as Feekong. They have a product, Happy Plus, which they sell to small and medium enterprises in SaaS mode to help them keep track of their business finances. We also have more corporate projects such as Roche laboratories, and we are working on our first project for SAP with HUNAN CRRC TIME ELECTRIC VEHICLE CO., LTD. In China, since some websites and applications such as Google, Facebook and Twitter are restricted, the technology must be specifically adjusted for their social networks. For example, GeneXus applications have been adjusted to integrate them into Baidu Maps, which is similar to Google Maps. Other adjustments include local push notification services for Android, as Google’s services don’t work. In addition, changes have been made to achieve integration with Alipay and WeChat Pay, which dominate the Chinese market of online businesses and applications. One of our goals for 2018 is to continue growing in the number of developers, as well as sell 100 new leases of our product GeneXus for Startups and reach an agreement with Universities to train students as part of the GeneXus for Students program. In this article, I wanted to tell you a little bit about this fascinating challenge that we all have in GeneXus, and some details to put you in context. We will continue to work actively with the “puppies” so that the “piggies” start to appear 🙂