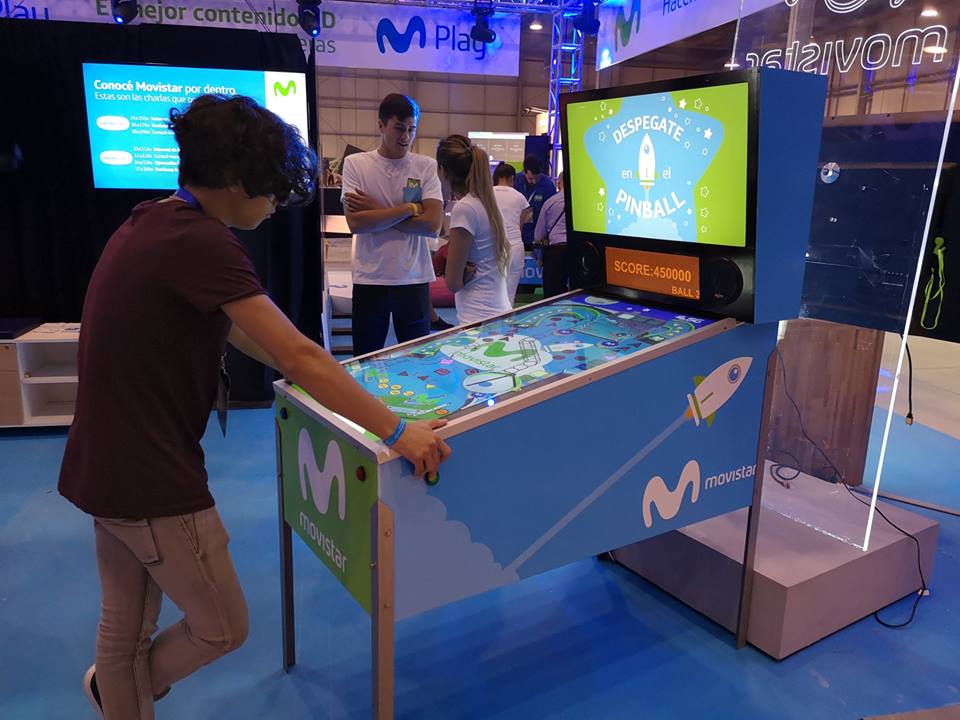 For the first time in Uruguay, the massive and global event was held on March 15-17, 2019 at “Punta del Este Convention & Exhibition Center.” It featured three simultaneous stages, hackathons, workshops, and various innovation and creativity challenges.

The presentations and workshops given by GeneXus and ThalesLab included hackathons, hands-on activities, and experiences with simulators, virtual reality, augmented reality, and entertainment:

1) Soccer from 0 to more than 7 million users

“We started with Fútbol Uruguay, then we created Fútbol Paraguay, and finally we released LIGAMX Official App. The app was developed with GeneXus, and now has more than 10,000,000 users. We’ll share our entrepreneurship experience and the entire process from its inception to its implementation.”

2) Design is evolving. What about you?

This presentation offered by Mauro Canziani, from the GeneXus Design area, was aimed at discovering how the design role has evolved in software companies.

“As seasoned designers with many years (and pixels!) of experience in the world of digital interface design, we have witnessed the different stages of this evolution, from static to mobile, from single to multiple experiences. In this context, we’ll talk about various projects and how we’ve teamed up with other areas, what tools and processes we currently use, and how we envision the future of design and its role in the digital environment.”

3) Getting started with DesignOps

This workshop was offered by Mauro Canziani and Juan Michelini. Using one of the currently most popular design tools (Sketch), some of the basic principles of DesignOps were shown in practice for designers.

DesignOps seeks to facilitate collaboration and automation between the worlds of Design and Development. User Experience (UX) design is critical in capturing and keeping users satisfied. In addition, bringing design to the various mobile platforms is very complex when developing applications. DesignOps is a set of tools, processes and principles that speeds up the transition from design to development.

The Hands-on Artificial Intelligence Lab was offered by the GeneXus R+D team. It was an opportunity to use the new GeneXusAI module and our development platform to build an application for Smart Devices running artificial intelligence services in the cloud.

5) ThalesLab: Our drive is to create new companies!

ThalesLab, a company that creates new companies, is jointly led by GeneXus CEO Nicolás Jodal and Sylvia Chebi. Ms. Chebi told attendees how they help others create innovative enterprises, as well as how to access their financing, mentoring, support, and networking benefits.

In this session, Sylvia Chebi started from the question “How many times have you been told that you should network?” Then she shared tips to help introverts interact with other people, and revealed effective strategies to make the most of Campus Party.

The first day at Campus Party also included an interesting presentation by Linux founder, Jon “Maddog” Hall, who addressed the challenges of Programming in the 21st Century.

The topic of Big Data was addressed by Fredi David Vivas, founder of RockingData, who talked about Big Data, Innovation, and Data Science.

The jobs of the future and the redefinition of success were other topics discussed on the first day.

On the second day at Campus Party, there were outstanding presentations including one by Mateo Salvatto who, in spite of being only 17, has won an international robotics competition and promotes inclusive technology with his project “¡Háblalo!” (Speak up!) selected by the MIT as Humanitarian Innovator. In his presentation titled “You don’t have to be old to change the world,” Salvatto talked about his experience as a social technology entrepreneur.

The GeneXus and ThalesLab team gave the following presentations and workshops:

7) Developing for Smart Devices: Getting Started

This mobile development hands-on workshop was offered by members of the GeneXus R+D team, who explained how to start developing applications for Smart Devices. In it, an Android application was developed in an informal setting with the team’s help, to showcase some of the features and ease of use of the GeneXus development platform.

The presentation given by Luciano Silveira was aimed at introducing DIY Robocars Montevideo, the local chapter of DIY Robocars, a community created by Chris Anderson for those interested in developing and experimenting with self-driving vehicles.  “The overall objective of DIY Robocars is to create self-driving vehicles at professional level on a low budget. These events are more focused on exploration, learning, and networking than on the competition itself.”

DIY Robocars Montevideo is organized by GeneXus, ThalesLab and Plan Ceibal, with support from ANII and FOMIN.

9) UX: the era of end-to-end experience

Valentina from ThalesLab offered a workshop about UX, on the basis that 40% of our thoughts are memories. “Good or bad, memories are past experiences that make the user empathize or not with a person, brand, product, service, process, etc.” The workshop provided tools for designing end-to-end experiences, with the objective of learning how to transform experiences into memories that bring a smile to users. How can we do it? By applying innovative design to build an emotional and empathetic relationship with users.

For the GeneXus team, it was very rewarding to be able to share knowledge and interact with the audience, which included many young people.

Thank you Campus Party for inviting us to participate!